The City of Maple Ridge is proud to present Celebrate the Night 2021, one of the community’s most beloved signature events, on Friday, October 22 in Memorial Peace Park from 6:00PM–8:30PM (food trucks until 9:00PM). This year’s celebration includes light displays, live theatre, roving performers, a photo booth and costume contest, all of which culminate to the triumphant return of the fireworks finale at 8:00PM atop The ACT Arts Centre. 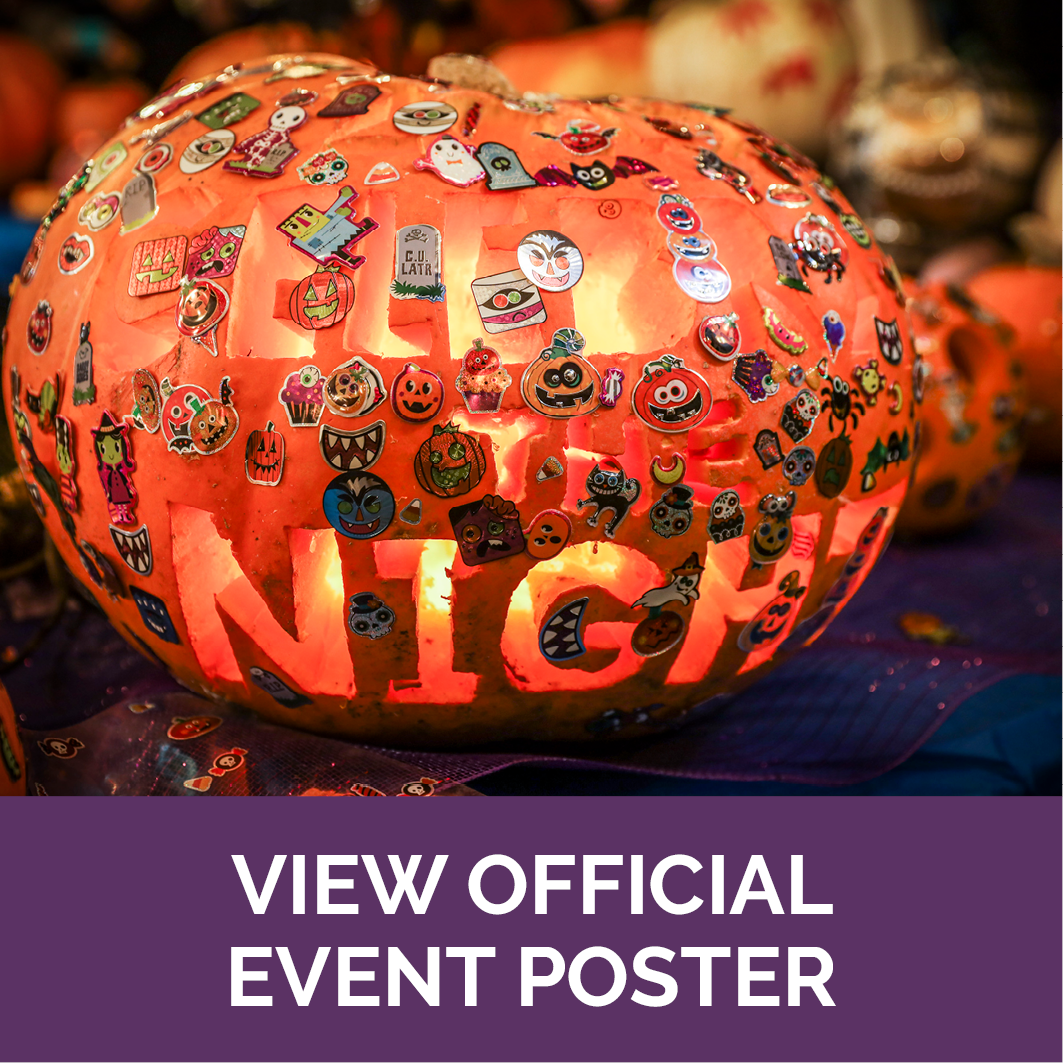 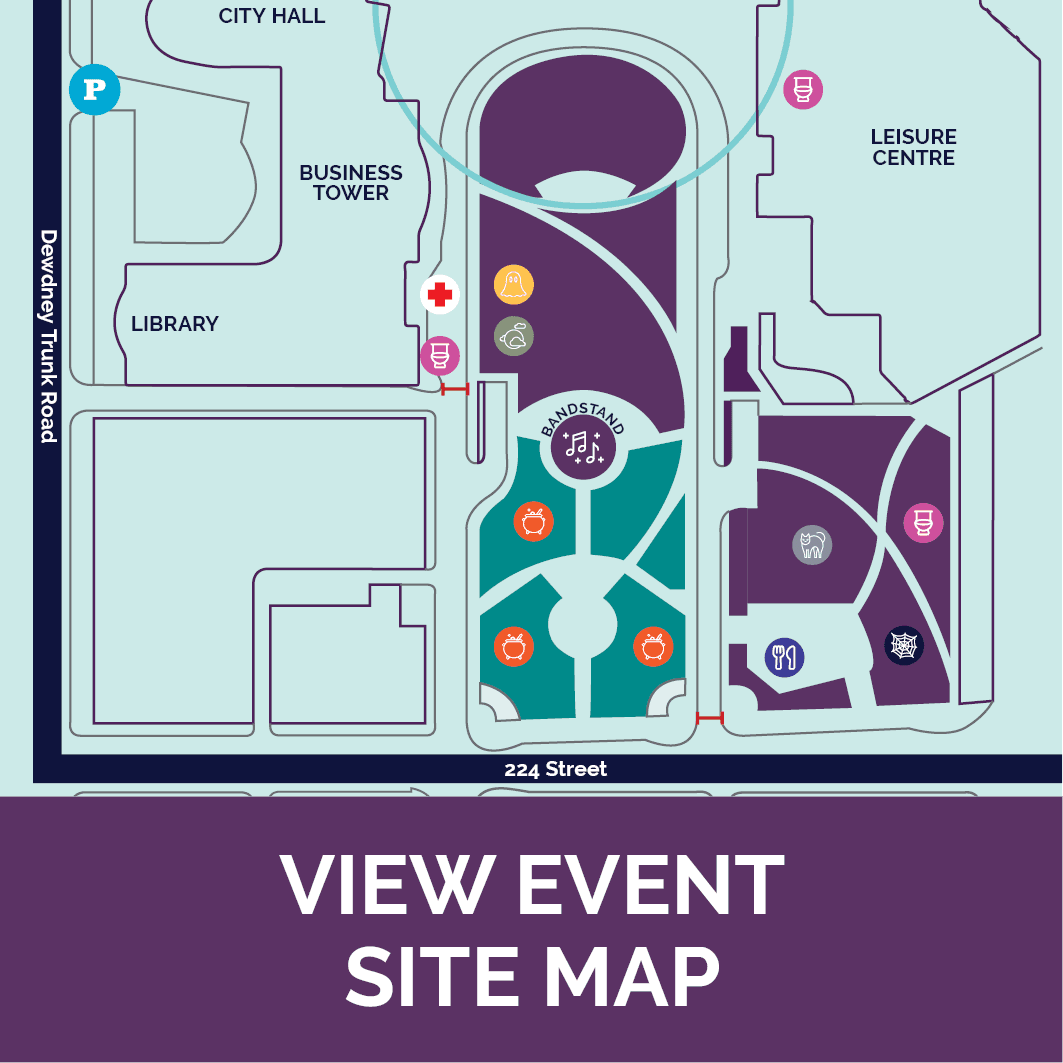 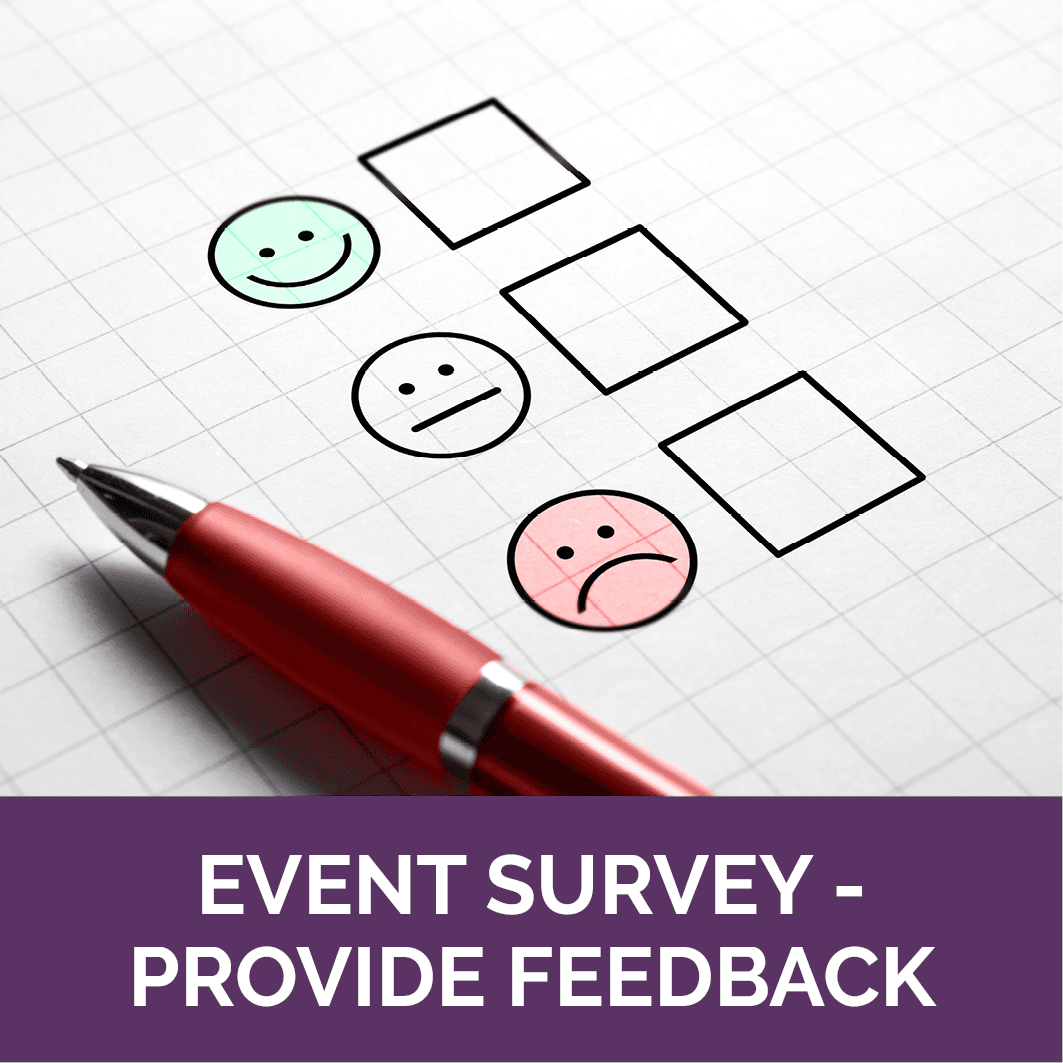 Shadow Sail Theatre will be providing an interactive exploration space for creating shadow and light murals! Don't miss this visual art experience and space for creativity.

The Secret Lantern Society is dedicated to transforming spectators into participants through celebration. This community-driven organization is centered in Vancouver and provides opportunities for the public to engage with professional artists and performers, working together to honour Nature and Community in free multicultural celebrations throughout the year. Their signature event is the annual Winter Solstice Lantern Festival, created in 1994 by Founding Artistic Director Naomi Singer.

Woven
Tangible Interaction Design will be installing inflatable arches in a creative display called "Woven" for children and families to walk through - selfies and photos are encouraged! Woven is a series of large archways with playful light patterns bouncing within creating a magical setting that never fails to bring joy.

Gamelan Bike Bike draws its musical inspiration from Bali, Indonesia and its raw materials from the scrap metal bins of Vancouver. Founded in 2012 as a community-based ensemble, the group’s instruments were created from various scrap metals, including over 100 discarded bicycle frames, that were transformed into tuned metallophones and gongs. The 10-member ensemble is dedicated to performing new music for gamelan, including recent compositions from guest composer I Putu Gede Sukaryana (Balot) from Bali. The ensemble has presented performances with the Western Front, Vancouver New Music, and the Vancouver Folk Music Festival, and in 2017 released Hi-Ten, an album of original works with the Indonesia-based label Insitu Recordings. The ensemble is currently based at the Hadden Park Fieldhouse as part of the Publik Secrets fieldhouse residency with the Vancouver Park Board and regularly offers workshops and performances to the community.

Opening the evening is a performance of gendér wayang, traditional music used to accompany the 'wayang kulit', the Balinese art of shadow puppetry. UBC gamelan scholar Michael Tenzer described the music of gendér wayang as "intimate, richly polyphonic and full of mind-bending structural twists and turns lovingly attended to by generation after generation of its creators".

Mr. Hartana will perform authentic Javanese wayang kulit (shadow puppets) with musical accompaniment of court Javanese gamelan orchestra. Wayang, also known as wajang is a traditional form of puppet theatre play originated on the Indonesian island of Java and Bali and performances are accompanied by a gamelan orchestra in Java, and by gender wayang in Bali. The dramatic stories depict mythologies, such as episodes from the Hindu epics the Ramayana and the Mahabharata, as well as local adaptations of cultural legends.

Night of the Macabre

Emerald Pig Theatrical Society presents Night of the Macabre, a collection of three short plays that are sure to bring a sense of mystery and drama to Celebrate the Night 2021!

The Telltale Heart is a classic short story by Edgar Allan Poe about guilt and remorse following a murder. The narrator describes in detail what happened in order to convince us of her sanity but when the police come to investigate she cannot help but confess to the crime.

In the Red Light

In the Red Light is an adaptation of a play by the same name that was written by Maurice Level for the Grand Guignol Theatre in Paris. The Grand Guignol was renowned for staging horrific, bloody and shocking theatre for its time and attracted audiences from all over. In this vignette, Henry reminisces about the life and untimely death of his young bride only to come to the terrible realization that she was still alive when she was buried.

Slumach’s Gold is an original play written by Cathie Young that looks at the local legend of the gold mine on Pitt Lake. In our tale, a journalist meets up with the wife of the prospector who allegedly knew the location of the gold mine and discovers much more than she expected.

These magnificent puppets, made from recycled fabrics and plastic bags, are trash made beautiful! At Over 10ft tall with wingspan of 10ft, they dance and play to create a magical space of delight and wonder.

Their creator, Candice Roberts is a 5th generation settler and artist based on the ancestral and unceded territories of the Coast Salish Peoples, including the territories of the xʷməθkwəy̓əm (Musqueam), Skwxwú7mesh (Squamish), and Səl̓ílwətaʔ/Selilwitulh (Tsleil-Waututh) Nations.

Her original theatre works, film shorts and sculptures interweave physical theatre, music, mask, movement and clown to create stories that investigate the humour, heartbreak and the trials and tribulations of our human conditions

Keep your eyes peeled for a roving performances that will captivate audiences throughout the event!

Celebrate the Night 2021 is a great opportunity for you and your family/friends to don costumes, visit our LED photo booth, snap a photo and to take home a printed copy. The booth will be located on the opposite side of the planter next to Shadow Sail Theatre on the grass surface (across from the First Aid station). Remember your evening for years to come by putting your photo up on your fridge or mantle! Costumes encouraged but not required.

This year's annual Costume Contest is easier than ever to enter! All you have to do is visit our LED photo booth, snap your photo and provide your contact information to the booth attendant/volunteer. The booth will be located on the opposite side of the planter next to Shadow Sail Theatre on the grass surface (across from the First Aid station). This year's Prize Categories are:

Come hungry and leave full of your festival favourites... or try something new! Food trucks will be available from 6:00 PM - 9:00 PM in the south area of the plaza.

It's back! We are excited to present the triumphant return of the annual fireworks display atop The ACT Arts Centre at approximately 8:00PM. This spectacular display will be accompanied by a soundtrack that will help immerse you in the moment. We encourage you to wear a mask while viewing the fireworks if you are unable to keep physically distant from others.

Fireworks From a Distance

For those who do not wish to attend the event but who want to view the fireworks from a distance, the fireworks soundtrack will be available on 89.5FM starting at 8:00 PM in a 1km radius around Memorial Peace Park. We would love for you to join us from the comfort of your nearby home or vehicle.

What safety precautions are in place for Celebrate the Night 2021?

The health and well-being of participants and staff is a priority. Please review the details below with the understanding changes may occur leading up to the event per the latest Public Health Orders:

Is proof of vaccination or wearing a mask required to attend Celebrate the Night 2021?

At this time, proof of vaccination is not required to attend outdoor events.

Additionally, masks are not mandated for outdoor spaces; however, we encourage you to bring your mask to this event and to wear it in instances where physical distancing is not possible (i.e., when gathered for the fireworks display).

Please note that changes may occur leading up to the event per the latest Public Health Orders - check back on our site before attending.

How do I get to and/or park for Celebrate the Night 2021?

This event is accessible via public transportation! We encourage you to use transit to travel to the Haney Place Bus Loop, which is a short distance to Memorial Peace Park. Check out Translink trip planner to plan your route to the event.

Parking is limited in the downtown core. If you are driving to the event, there is parking is available in the underground lot below Memorial Peace Park as well as the surface lots behind The ACT Arts Centre and off the bus loop on MacIntosh Ave. Parking is fully accessible and can be accessed from entrances on Dewdney Trunk Road and Edge Street.

Will there be any street closures for Celebrate the Night 2021?

To ensure public safety during the event and fireworks, access to the underground parking lot will be restricted on 224 Street.

Are there sponsorship opportunities for Celebrate the Night 2021?

Our sponsorship program offers businesses the opportunity to build brand recognition through our promotion campaign, gain exposure to a diverse audience, and engage with residents and visitors alike from across the Fraser Valley and Lower Mainland. Partnering with the City contributes directly towards providing exciting, free opportunities and programming.

Thank You to Our Partners

Celebrate the Night is supported through funding and support from local businesses and organizations, without whom this event would not be possible. Thank you on behalf of the City of Maple Ridge!

Celebrate the Night 2021 Partners include: