Happenings is a year-long program that offers opportunities to celebrate Maple Ridge through community-oriented activities and programs in public spaces that encourage an engaged, safe and vibrant community especially in the Town Centre. This summer, join us for awesome entertainment at Happenings for a Small Stage (which includes virtual performances in addition to in-person) and the Happenings Drive-in Movies! These programs are presented by Maple Ridge Parks, Recreation & Culture with community collaboration.

Maple Ridge presents in-person performances and fun for all ages including live music, comedy, magic and dance by amateur and professional artists on Friday nights in Memorial Peace Park from July 9 through September 3! Each evening will feature two artists/acts per and run from 6:00 PM-7:45 PM.

These in-person concerts are FREE for you to drop-in!

Registration is no longer required to attend each performance. Space will be limited in prime locations, so please arrive early to select your spot. If you have questions, please contact 604-467-7459 or email culture@mapleridge.ca. 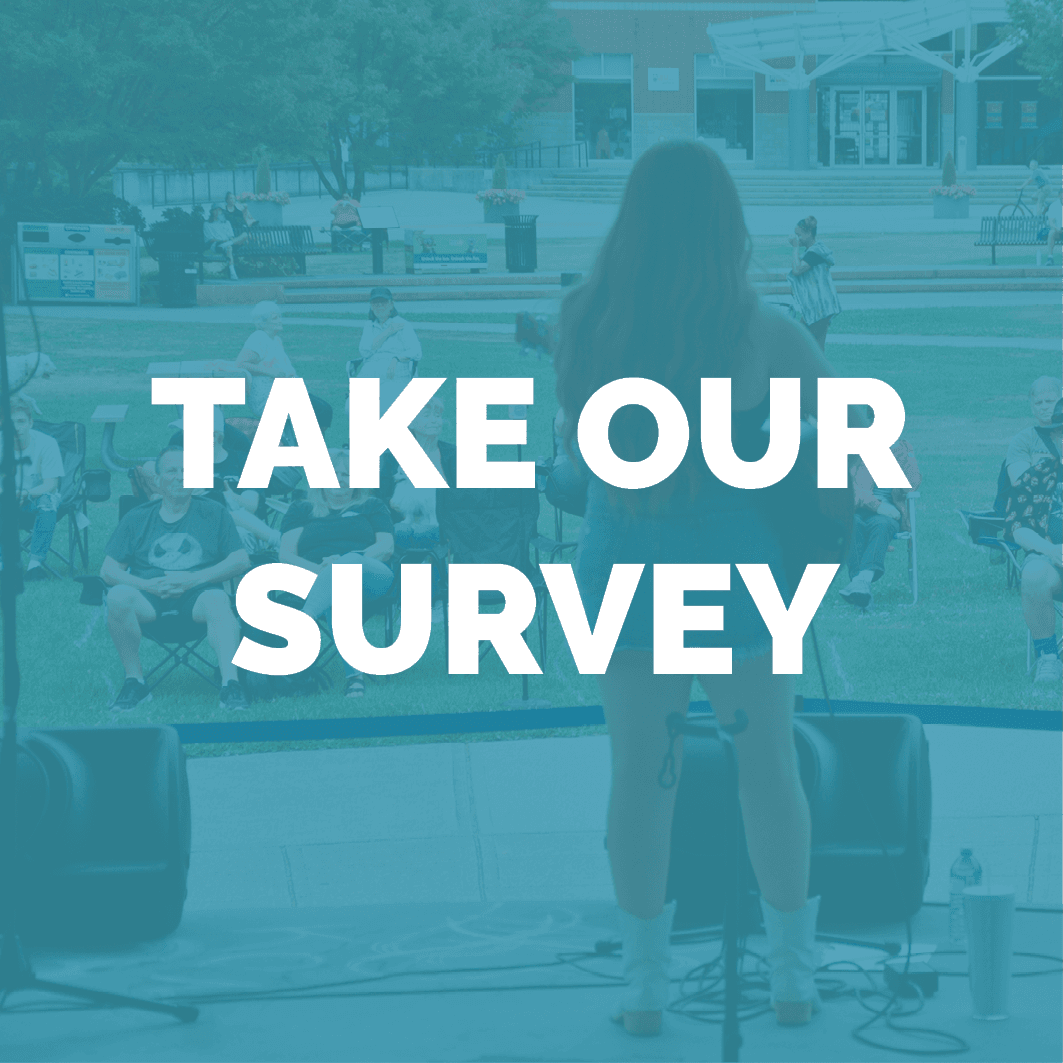 Attended a Performance? Take Our Survey!

We would like to hear about your experience attending the Happenings for a Small Stage. Your responses will help with future program planning to increase participation and community spirit in Maple Ridge. 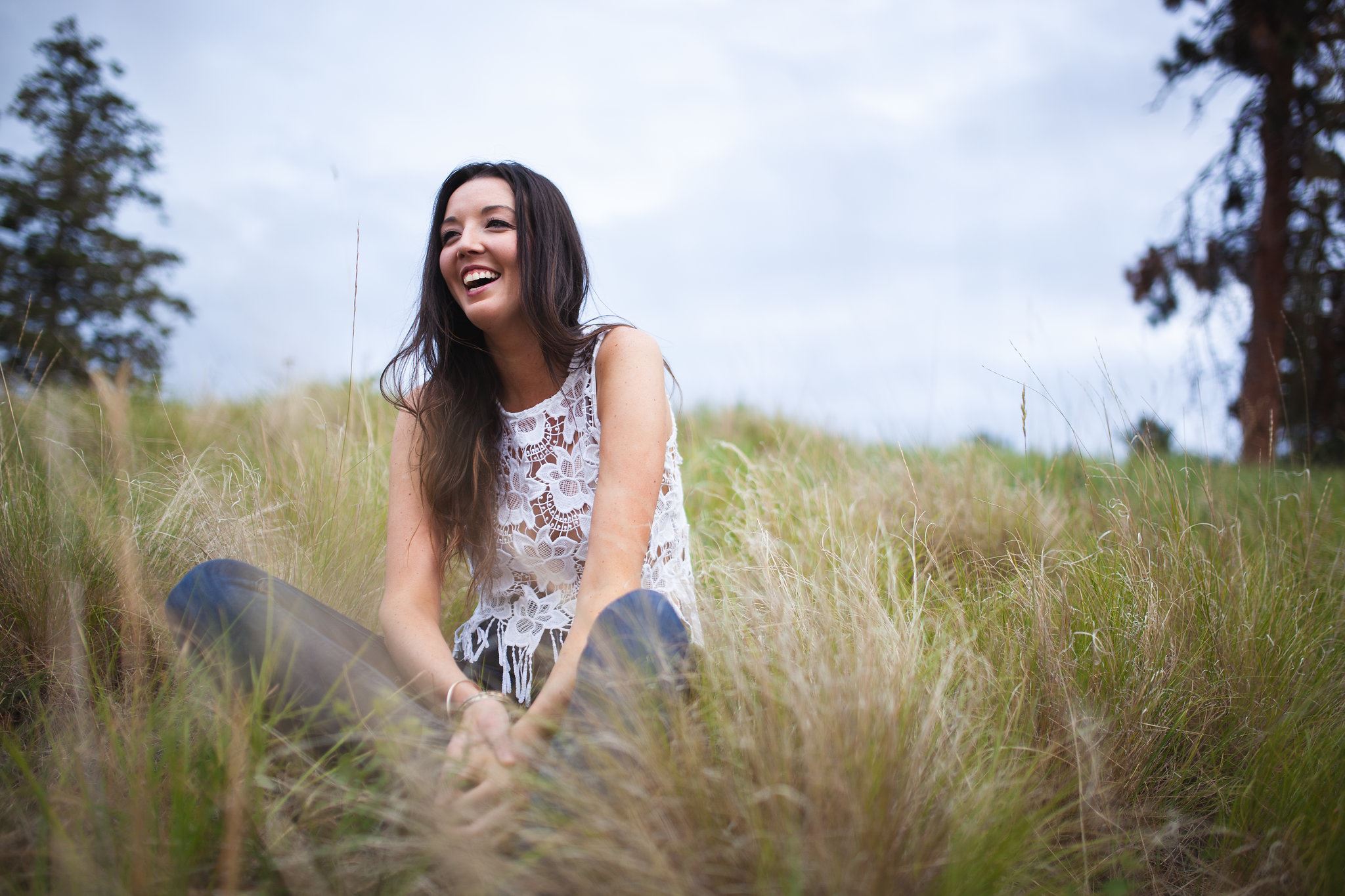 Niki Kennedy is a New Zealand-born, Vancouver-based singer, songwriter, and graduate of the Randolph College for the Performing Arts. As a recording artist, she has been featured in international publications, on national television, alongside online and community radio in Canada, the US, UK, AU, and on commercial radio in Australia. She has had the privilege of performing on stages large and small including World Pride, Canada's Largest Ribfest, Chinatown Festival, and in venues such as Cadillac Lounge and the Rivoli in Toronto. In 2020, she pivoted to adapt to the changing industry and has since performed over 200 virtual concerts. Her new music can be found everywhere you stream music. 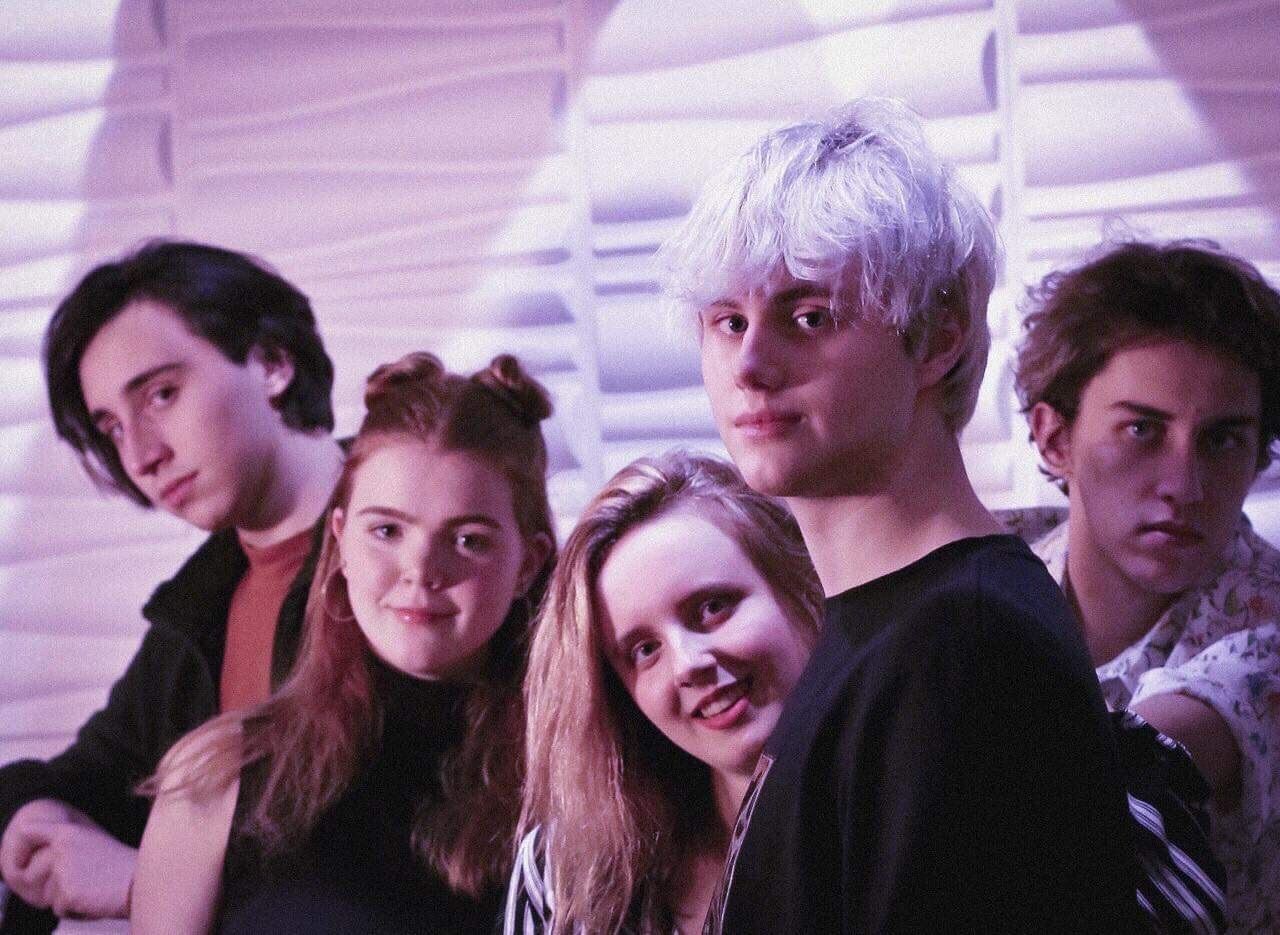 esc. (The Escapes) have a jazz-pop sound that is fresh yet nostalgic at the same time, influenced by artists like Prince, Hiatus Kaiyote, Ariana Grande and Charlie Puth.

The Quintet consists of Isobel Ralph, Max and Rhett Cunningham, Keely Rammage-Scott and Jack Wells.  While all members are from South Surrey, they have been steadily taking the Vancouver music scene by storm with their colourful appearance and incredibly hook-filled songs.

esc.’s uncanny ability to mix genre and feel has led to acclaimed reviews from some of Vancouver’s favourite music media channels.  Pacific Sound Radio said that esc. Is “leading a funk  pop jailbreak” and it has to be the grooviest jailbreak of the century.

esc. Is currently working with Canadian record label 604 Records for their upcoming release(s). 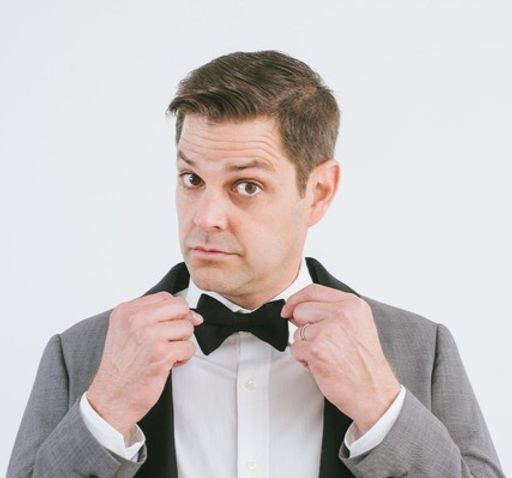 Cliff Prang is an entertainer that loves to make you laugh. Cliff is the ultimate professional stand-up comedian who has been emceeing corporate and non-profit events for many years. He has been told that he is good at it because he is able to seamlessly weave the fun with the flow without ever losing grip on the purpose of the event at hand. 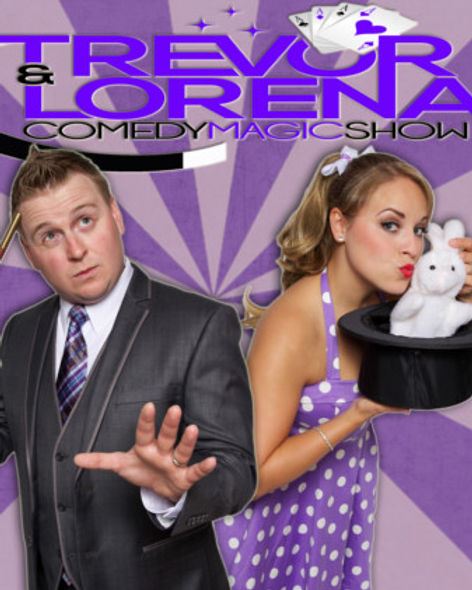 For over two decades Trevor and Lorena have collected and have been honoured with over 20 international awards. Most recently Trevor and Lorena took to the road to compete for gold in the World Magic Seminar Convention’s "International Competition" held in Las Vegas Nevada. Juried competitors, invited by the World Magic Seminar’s Board of Directors, were chosen to represent eight countries from around the world and gathered to compete for the coveted Siegfried and Roy’s Golden Lions Head Award. 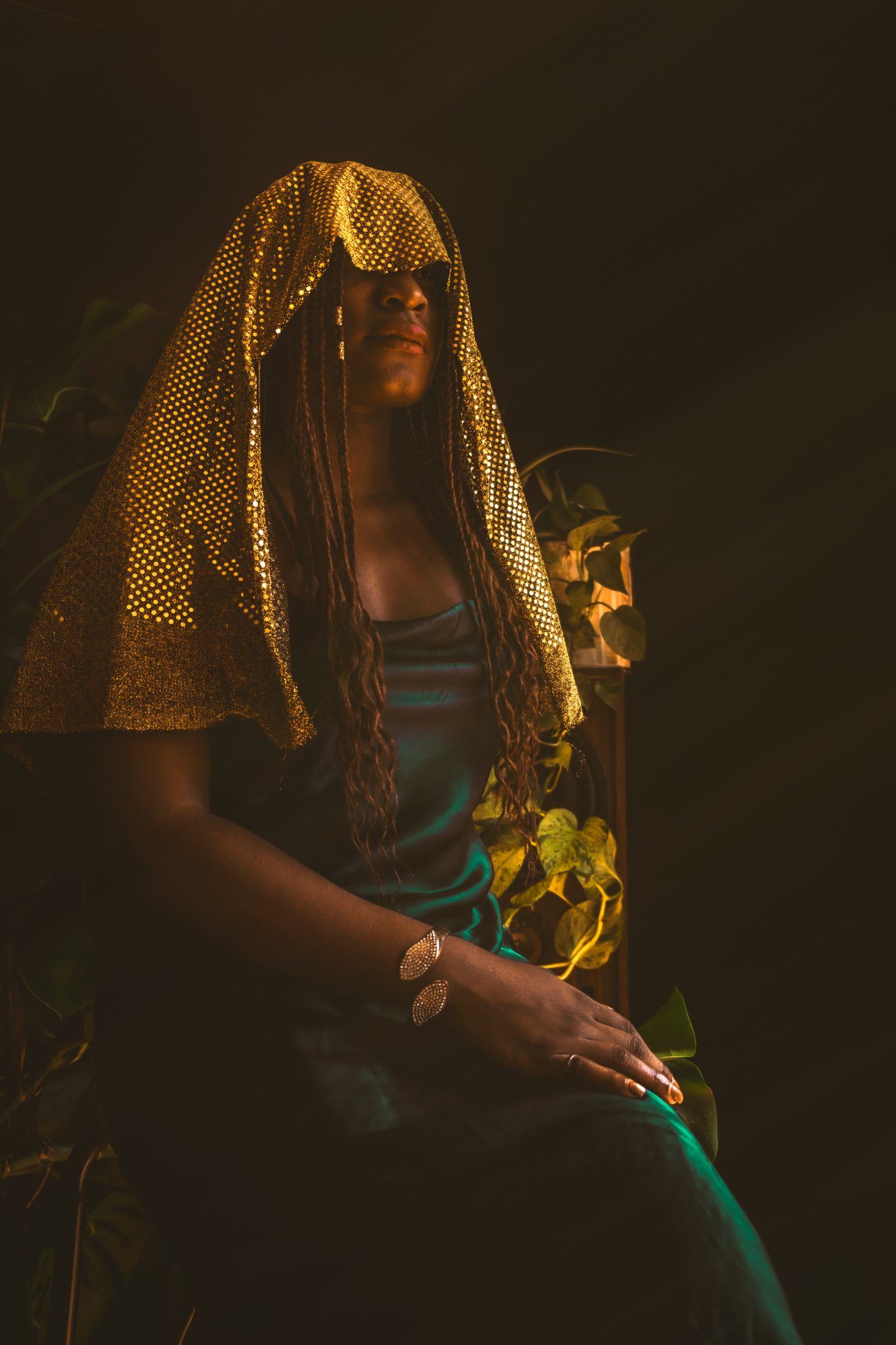 Described by Exclaim! Media as an artist that needs to be heard, Sadé Awele is the afro infused R&B artist we have been waiting for. Having won AFAM’s female artist of the year award, she has captivated spaces with her timeless lyrics and jazzy tone.

The Nigerian-born singer is inspired by her Yoruba & Ibo heritage, which you experience in her music that ranges from afro-soul with and conscious alternative R&B to neo-soul and contemporary R&B. Her music is certainly in a category of its own.

Her most recent work includes a series of singles with accompanied music videos available on all music platforms, Youtube & IGTV. Her most anticipated EP project "Time Love Journey", was released in late October 2020 and received over 50,000 streams within the first 2 weeks of its release. There is so much more to come from her unique sound. 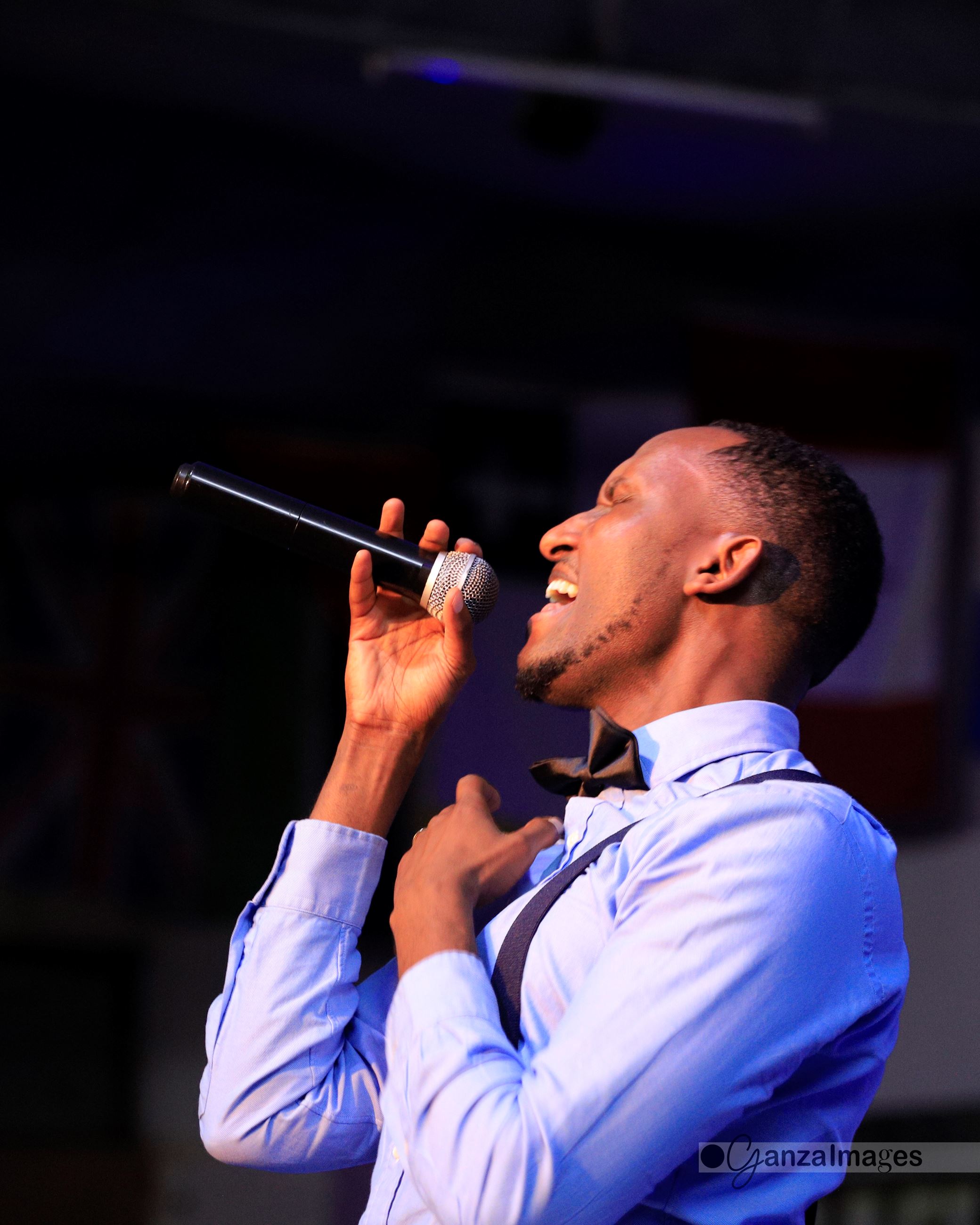 Growing up, Gentil Misigaro only knew the world as a place of loss, fear, and death. For fifteen years he and his family moved from country to country to escape the violence, but it followed them from their village in Congo to Rwanda and then Uganda. Through it all Gentil found strength and hope in music.

When his family got the news that they had finally found a new home in Canada, Gentil saw his music as a powerful force that could bring positive change to his new homeland and to the world. Gentil is a multi instrumentalist, Singer and a performer. Before COVID-19, Gentil went on a world tour to promote his album in Europe, Australia, Canada and Africa. Gentil received numerous awards including top 2014 Canadian immigrant, 2019 best East African diaspora male Artist. 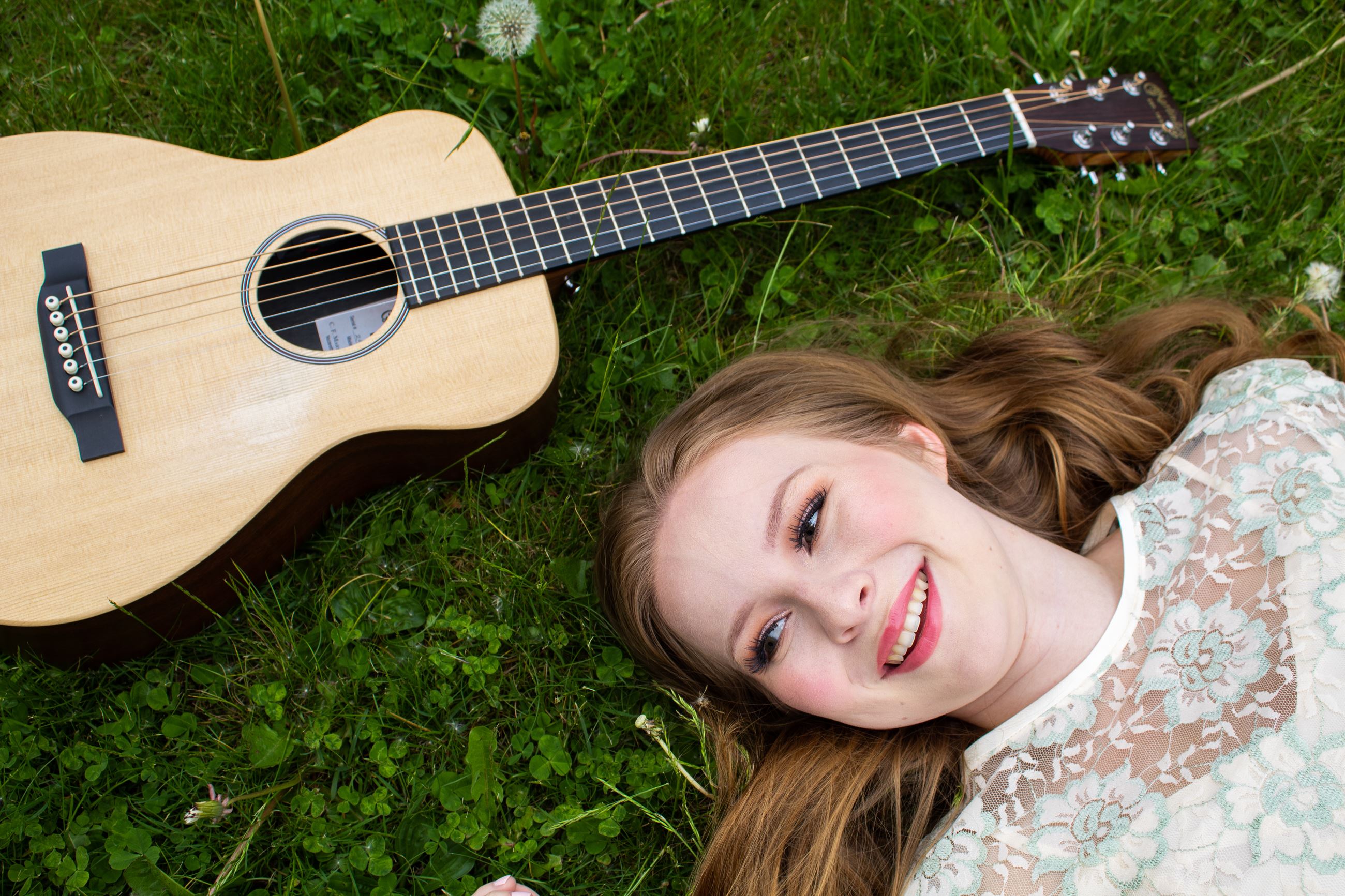 Cambree Lovesy is a 22 year old country singer/songwriter from Abbotsford, B.C.  Her passion for creating and sharing music has quickly garnered her a spot in the Canadian country music scene, and her infectious energy on stage and throughout her songs leaves audiences wanting more. Since the age of 11, Cambree has been working hard on her craft and has had five singles play on Canadian country radio.

Her debut album, "Kiss My Boots", released in November 2018, combines elements from old-school country with a modern appeal and her authentic songwriting connects with her audience. With an undeniably impressive stage presence and high-energy band backing her up, Cambree puts on a show every time she performs. She’s had the honour of showcasing her talent at the 2018 CN Grey Cup in Edmonton, the Cook County Saloon, Rogers Arena, The Roxy, BC Place, and many more venues across Western Canada.  Cambree continues to embrace every opportunity with enthusiasm and a grateful heart. 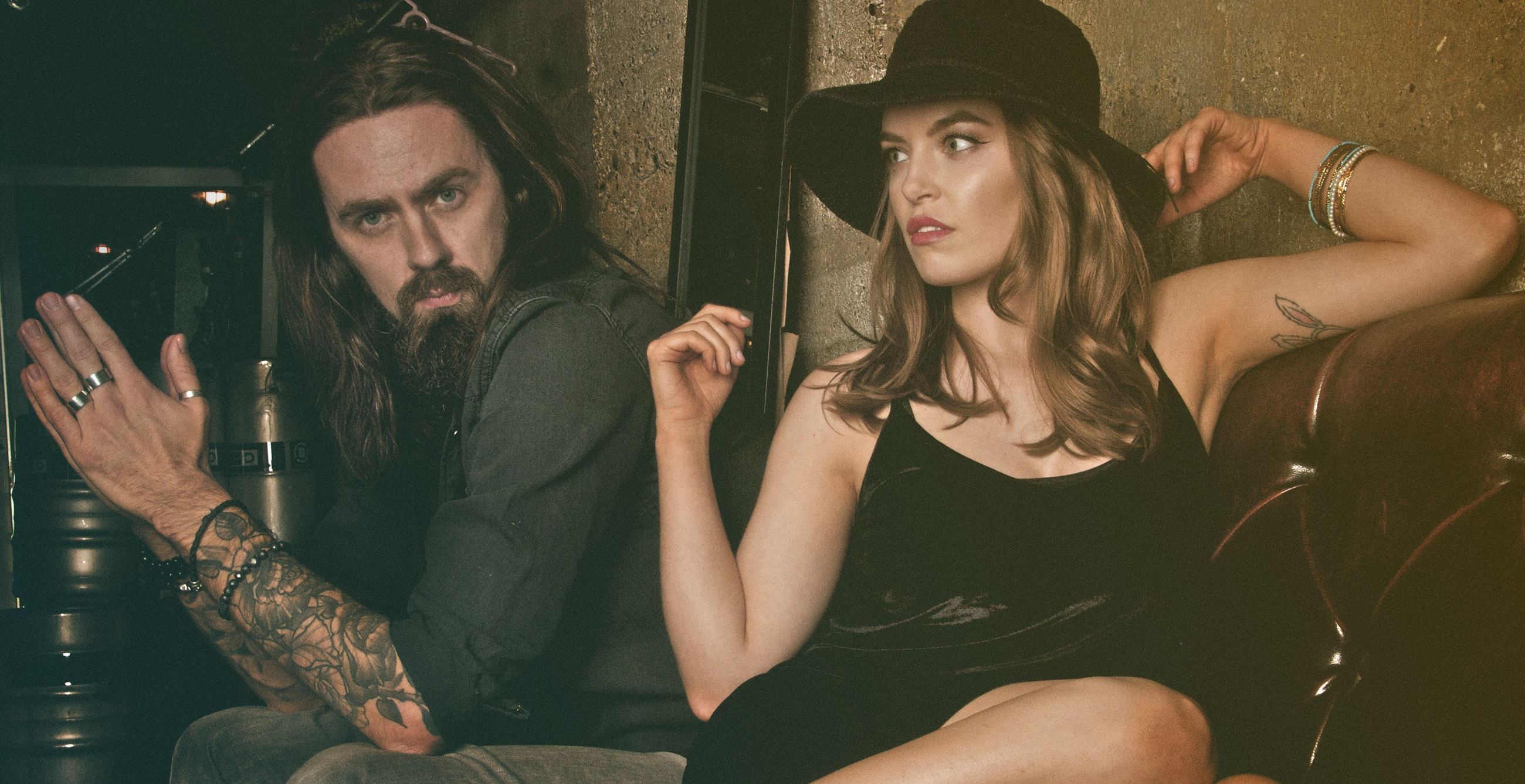 Matt Rose and Britt McKillip are no strangers to the music industry, and are forging new musical ground as the Americana/Pop duo Still Creek Crows. As one-half of “CCMA Rising Star” One More Girl, and one of the country’s most in-demand session singers and successful film and television actor, Britt has been immersed in the entertainment industry since childhood. As a member of award-winning roots-rockers The Matinee, or as an in-demand session and live musician (Dallas Smith, Tom Cochrane, Jet Black Stare), Matt has developed a reputation for his engagingly kinetic performances and multi-instrumental skills.

Both of these accomplished artists bring a wealth of experience, talent and credibility to this project along with formidable artistry and songwriting savvy. Together Matt and Britt draw on influences ranging from The Band to Patsy Cline to Hozier, infusing elements of roots and alt-country music with a modern pop-rock production and a sound entirely their own. 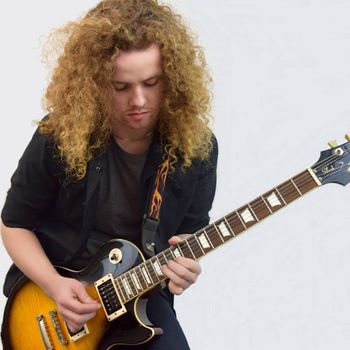 Graham is a singer/songwriter from Maple Ridge, BC who has been performing locally for the past 12 years. He released his solo album “2054” which is available on Spotify, I-tunes and wherever music is sold or streamed online. 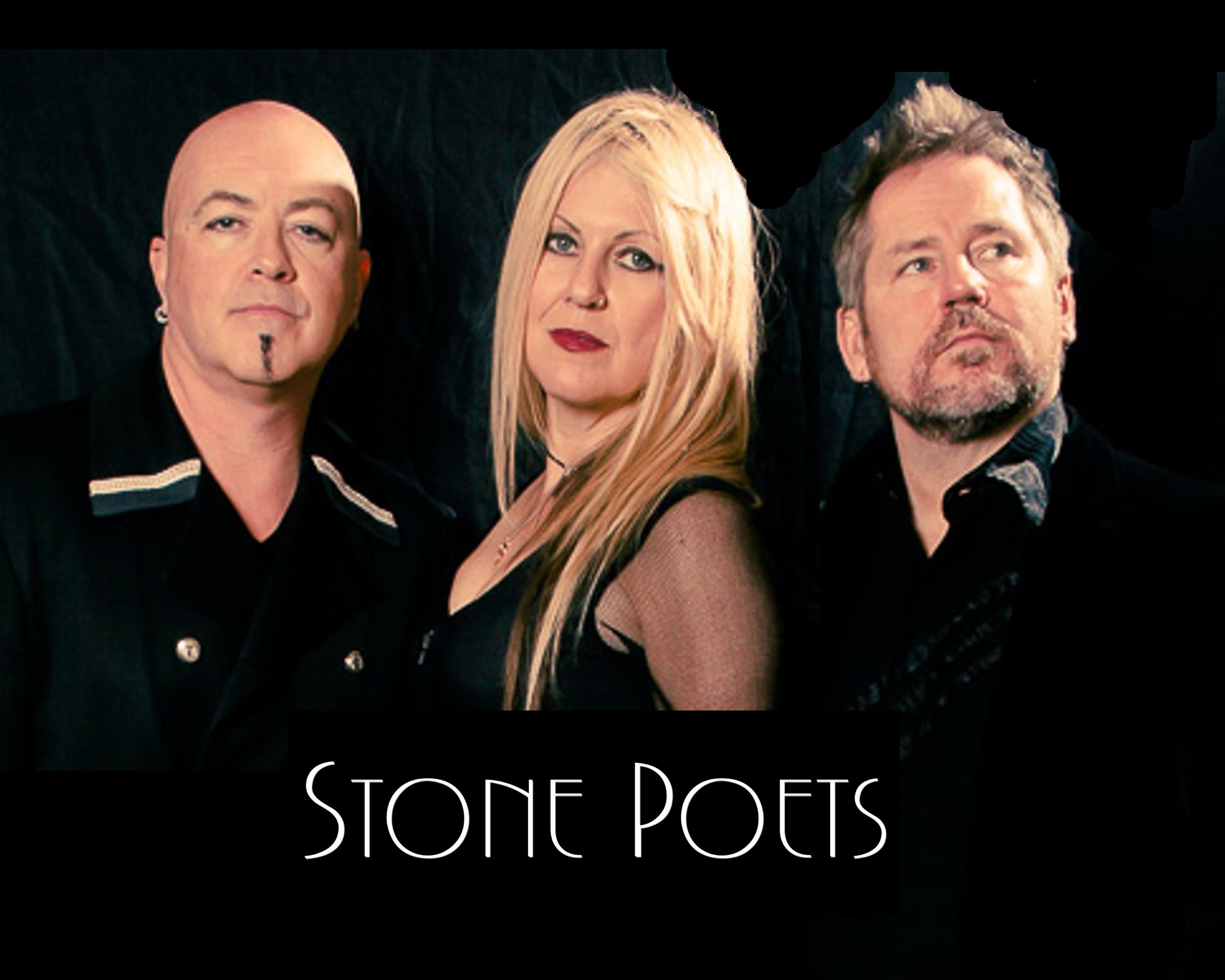 Bringing together an extraordinary blend of poetic lyricism and emotionally powerful instrumentation, Vancouver, BC’s Stone Poets create exceptionally moving music that genuinely matters. Challenging hearts & minds across the globe to open-up and see the beauty in both the light and dark, together this remarkable three-piece band dives deep into meaningful material that reveals their bold authenticity. Before the pandemic, Stone Poets had a successful tour to eastern Canada where they launched their 2 new singles The Great Divide and Gleam and Beam. 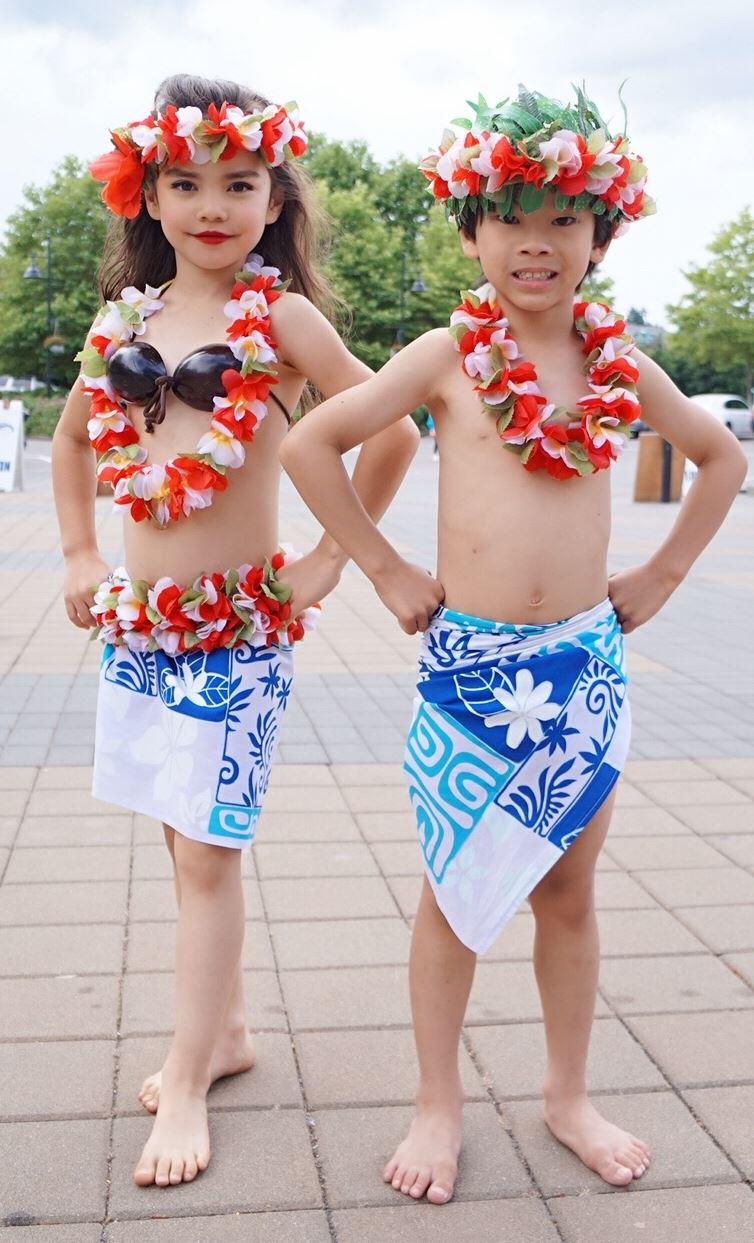 Now celebrating 50 years of instruction and performance excellence, locally and worldwide, the Paul Latta Dance Studios of B.C welcomes you to their live performance! 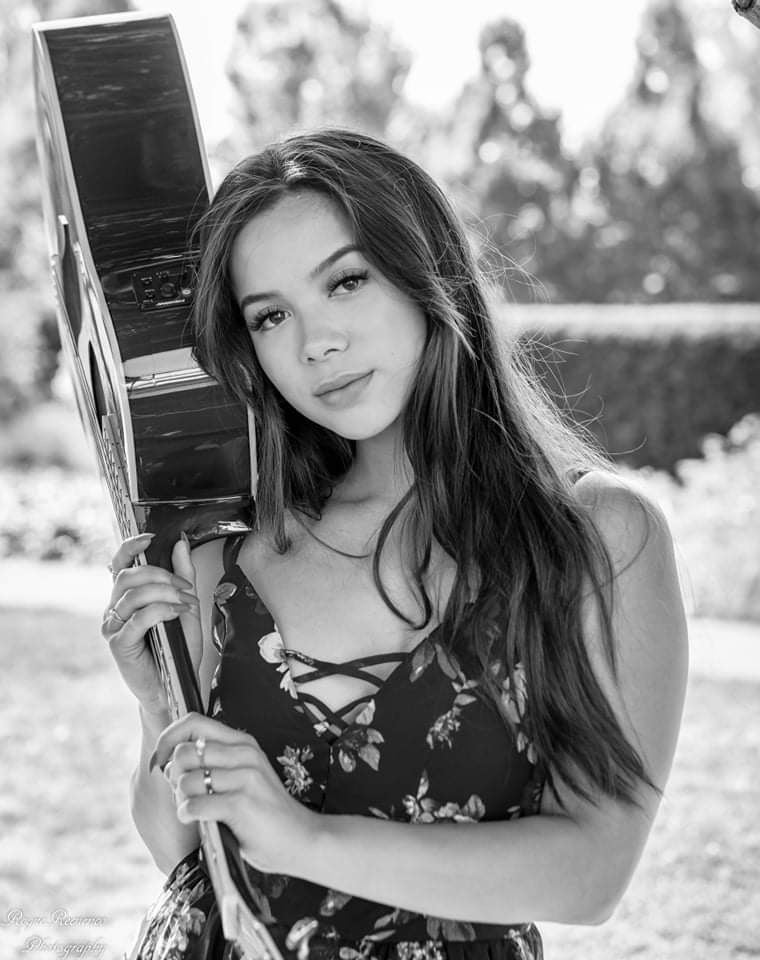 Having performed over 105 shows in 2019 alone with her largest audience being of 100,000 people, Vancouver, Canada based R&B singer/songwriter Ashley Pater touches the hearts of her listeners through her music. Ashley’s award-winning songwriting combined with her soulful sultry voice, draws you into her story. She is the first artist to have three songs in the top twenty simultaneously on New Zealand charts. Ashley has been featured in Starbeat magazine, Business in Vancouver, Cloverdale Reporter, The Surrey Now Newspaper, Hope Standard Newspaper and many more. Her goal is to give the world music that they can lose themselves in, listen as she does just that. 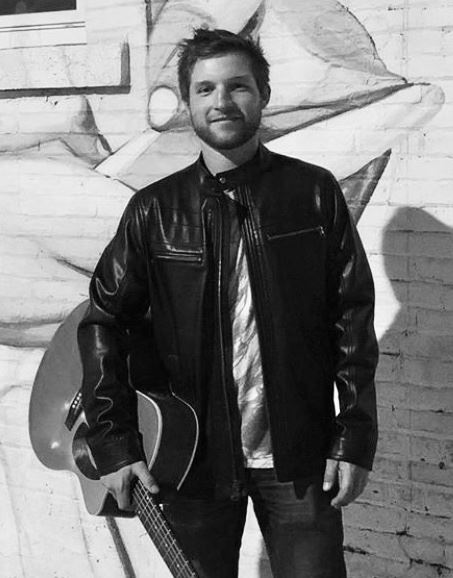 Indie Folk-Rock artist, musician, sound engineer and songwriter, Mike Bertini has been drawn to creating music for as long as he can remember and has always known that he hears music differently than the average person. Bertini has performed at various events over the years, has written several songs and entered and placed in provincial vocal competitions. Keep your eye on this up and coming talented west-coast recording artist. 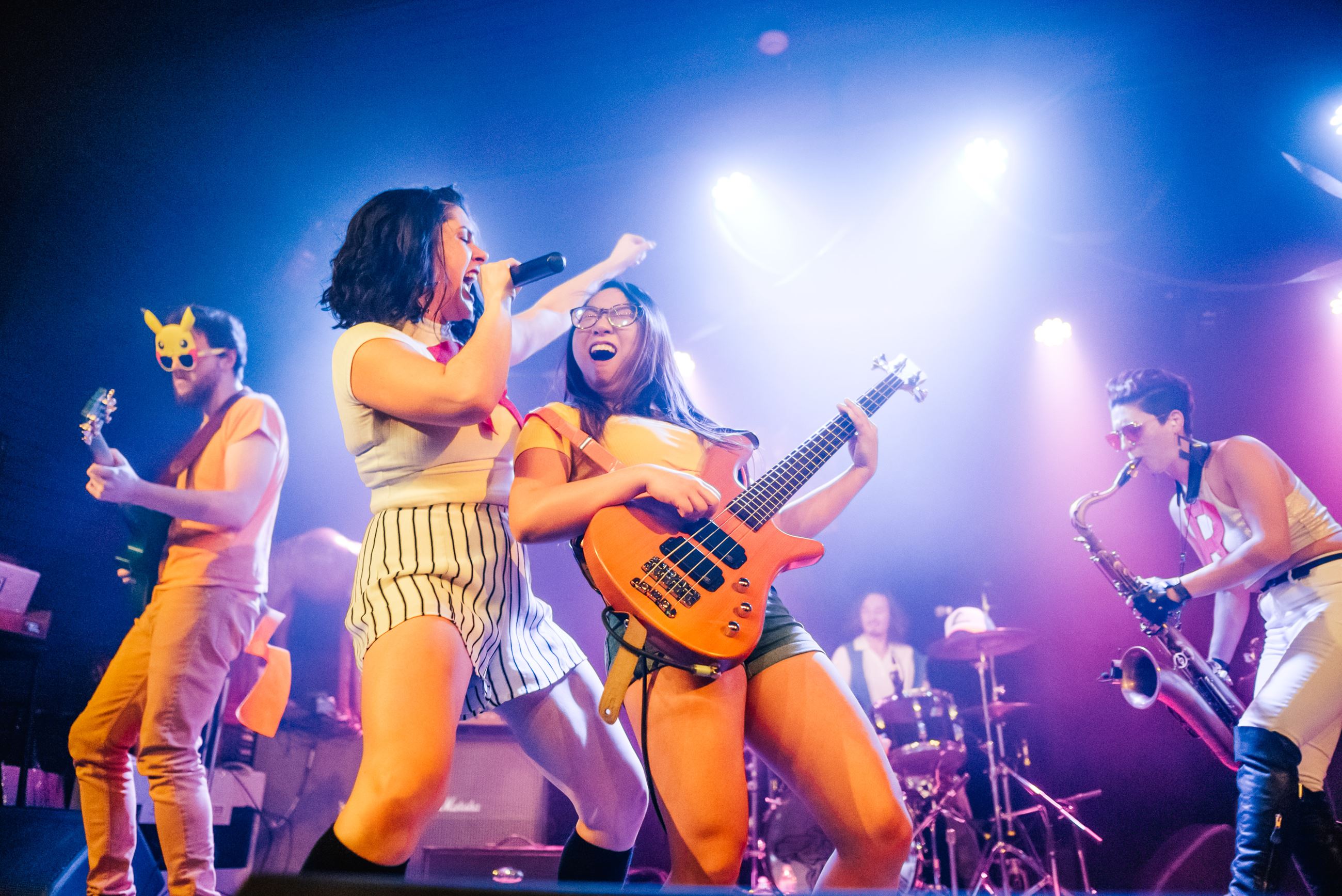 Raincity is a Vancouver-based Rage-Funk group fronted by female leads on saxophone and vocals.  Beatroute magazine describes them as “danc[ing] between Paramore’s pop perfection and a late-night RCHP inspired jam session”.  The five members of Raincity combine their eclectic influences including Moon Hooch, Amy Winehouse, Queen, and RAGE.  They have opened for acts such as Our Lady Peace, Bif Naked, and Five Alarm Funk on stages such as the Commodore Ballroom and The Bill Reid Amphitheatre which hosted over 50,0000 attendees. 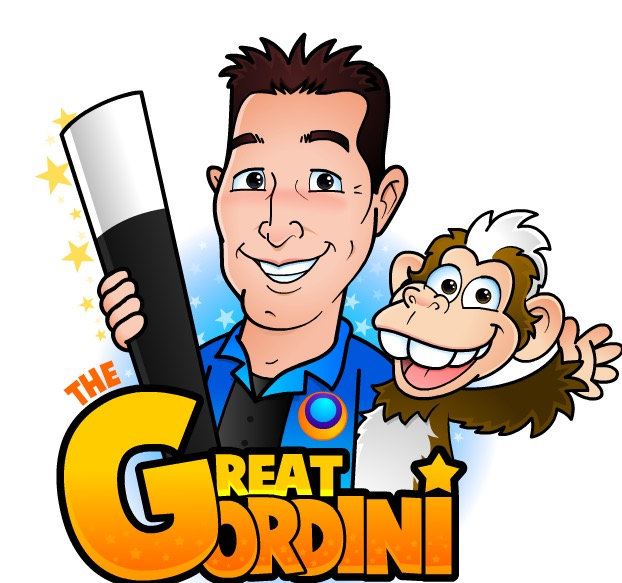 Introducing The Great Gordini! This wacky and fun entertainer's magic show will leave the kids talking about it for months. Sometimes accompanied by Dudley, the lovable but mischievous puppy puppet, always provides good clean fun for the whole family to enjoy! 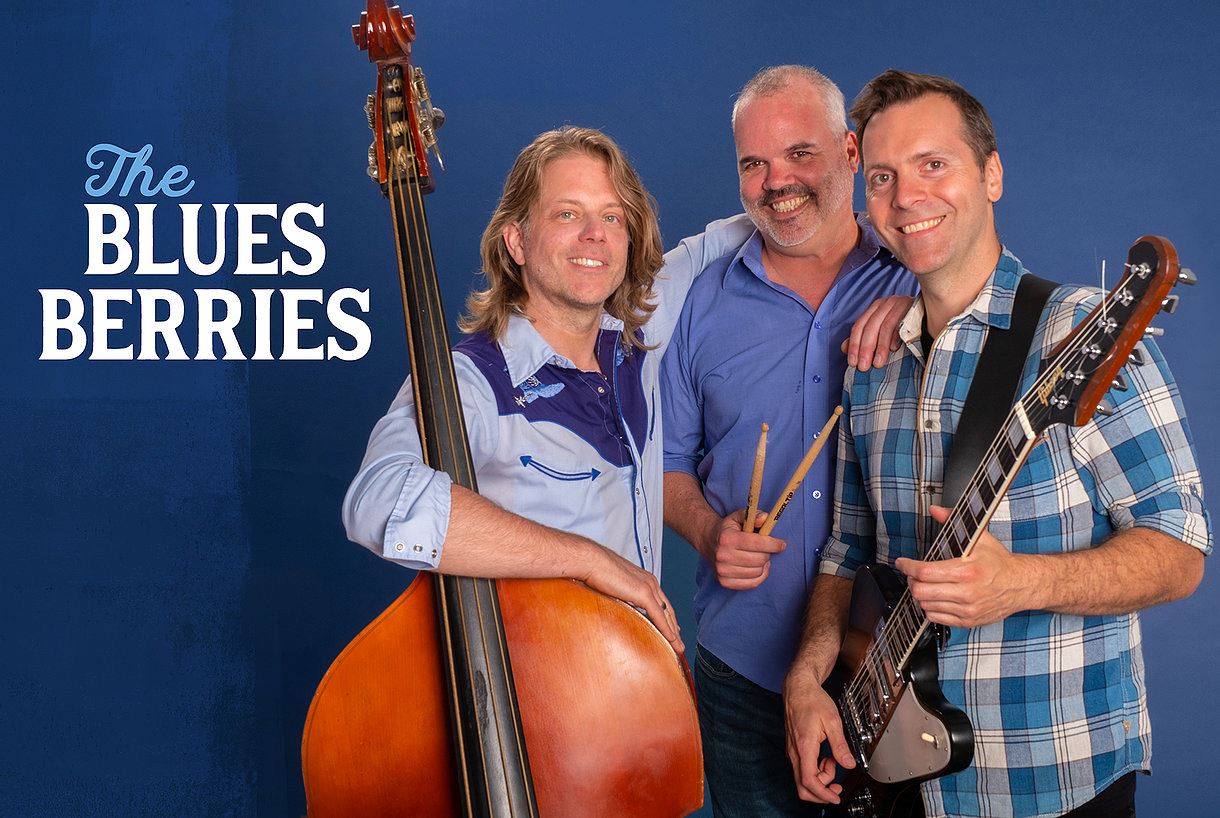 The Blues Berries perform throughout Canada spreading their love for the blues to the younger generation. Their unique approach takes children’s topics such as learning the alphabet, recycling, and bullying and blends them with bluesy beats to create educational songs that every child can get down and boogie to.

Learn more about them online!

In Partnership with the Fraser River Indigenous Society

We are proud to present a series of virtual performances in partnership with the Fraser River Indigenous Society (FRIS). For the first three Fridays in June 2021, performances featured local Indigenous performers in celebration of National Indigenous Peoples Day (June 21). Performers include Janed Wylie, Coleen Pierre, Nicolas Bruce and Dennis Leon.

The Drive In Movies are now complete for the 2021 season - thank you for another successful year!

Drive In Movies are part of our Happenings program, which offers community-oriented activities and programs throughout the year in Maple Ridge.  Over the past two years, 4000+ people have attended our Saturday Night Drive In Movies at the Golden Ears Winter Club.  All programs were offered in full compliance with recommendations from public health.

If you have any questions about this program, please contact us by email